We listened to a story on St Louis on the Air about 2 boys, one who lives in the area, and their experience during WW2.
Jerry and Mike Koeing Story
And then we watched this excerpt from 60 Minutes about an amazing and humble man.  He selflessly sacrificed his vacation time and life to save so many.
60 Minutes-Saving the Children
Posted by Hollie at 1:28 PM No comments:


This is an excellent movie, Mom and April i think you will like it.
Posted by Hollie at 11:34 AM 1 comment: 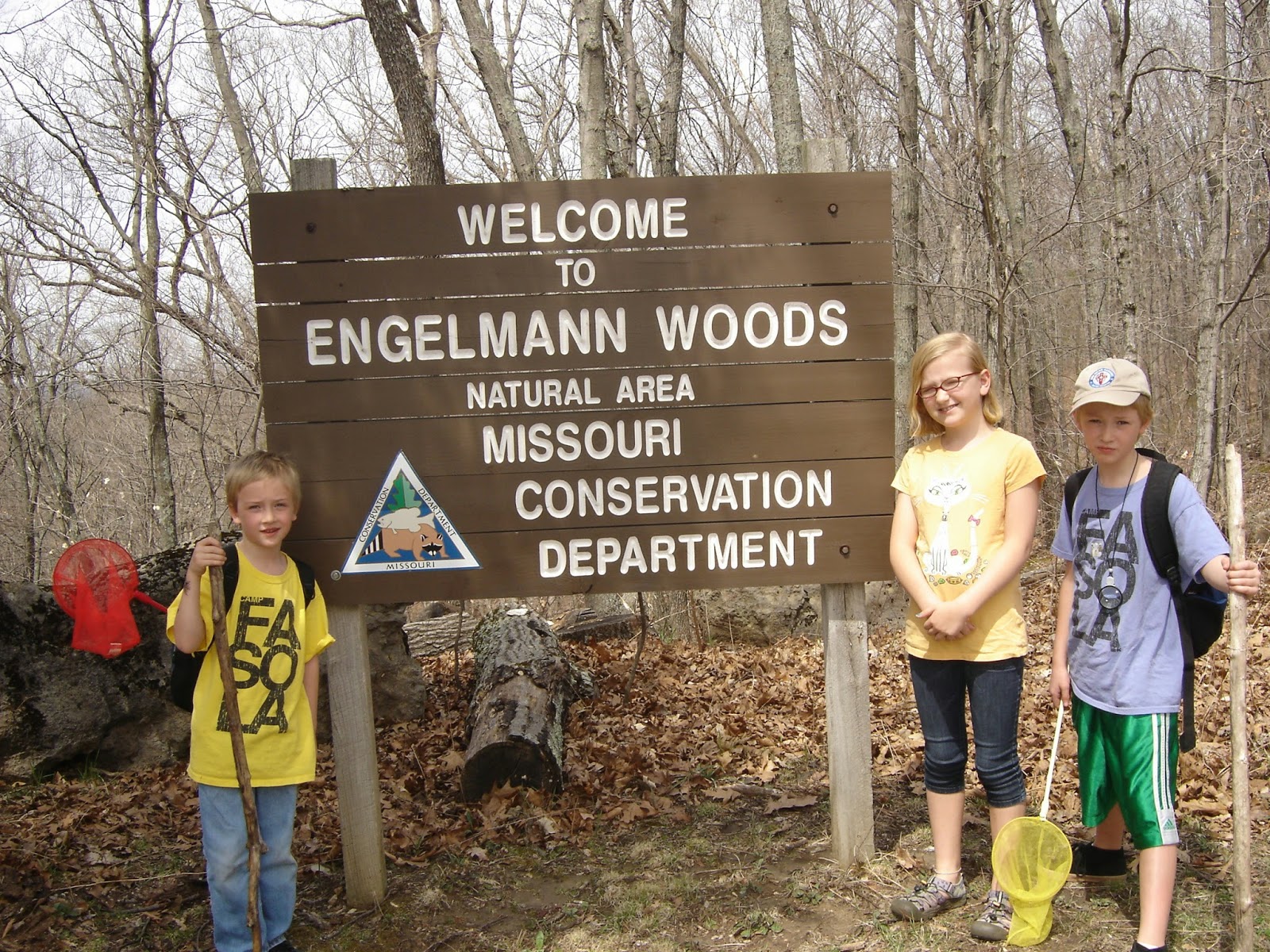 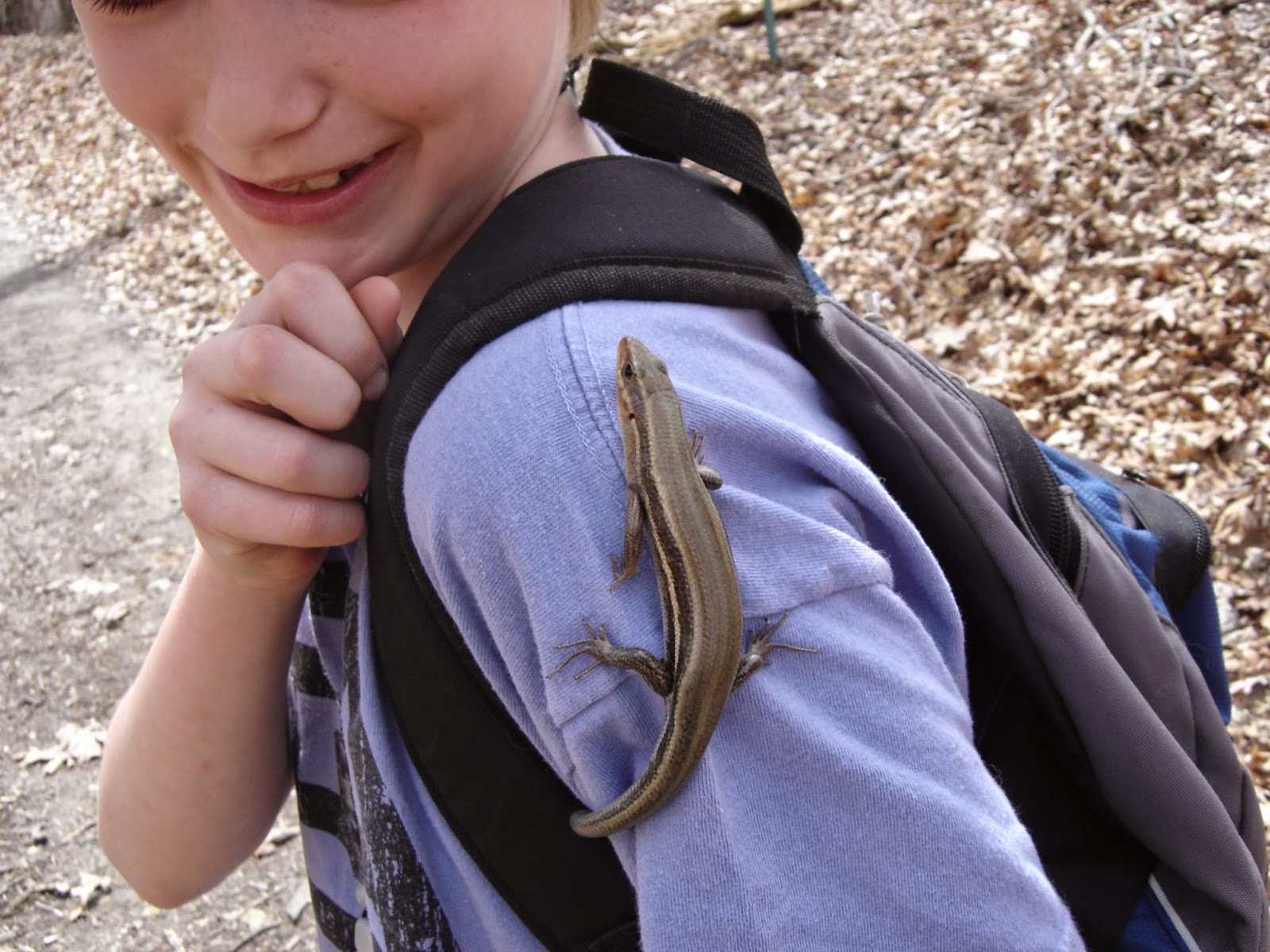 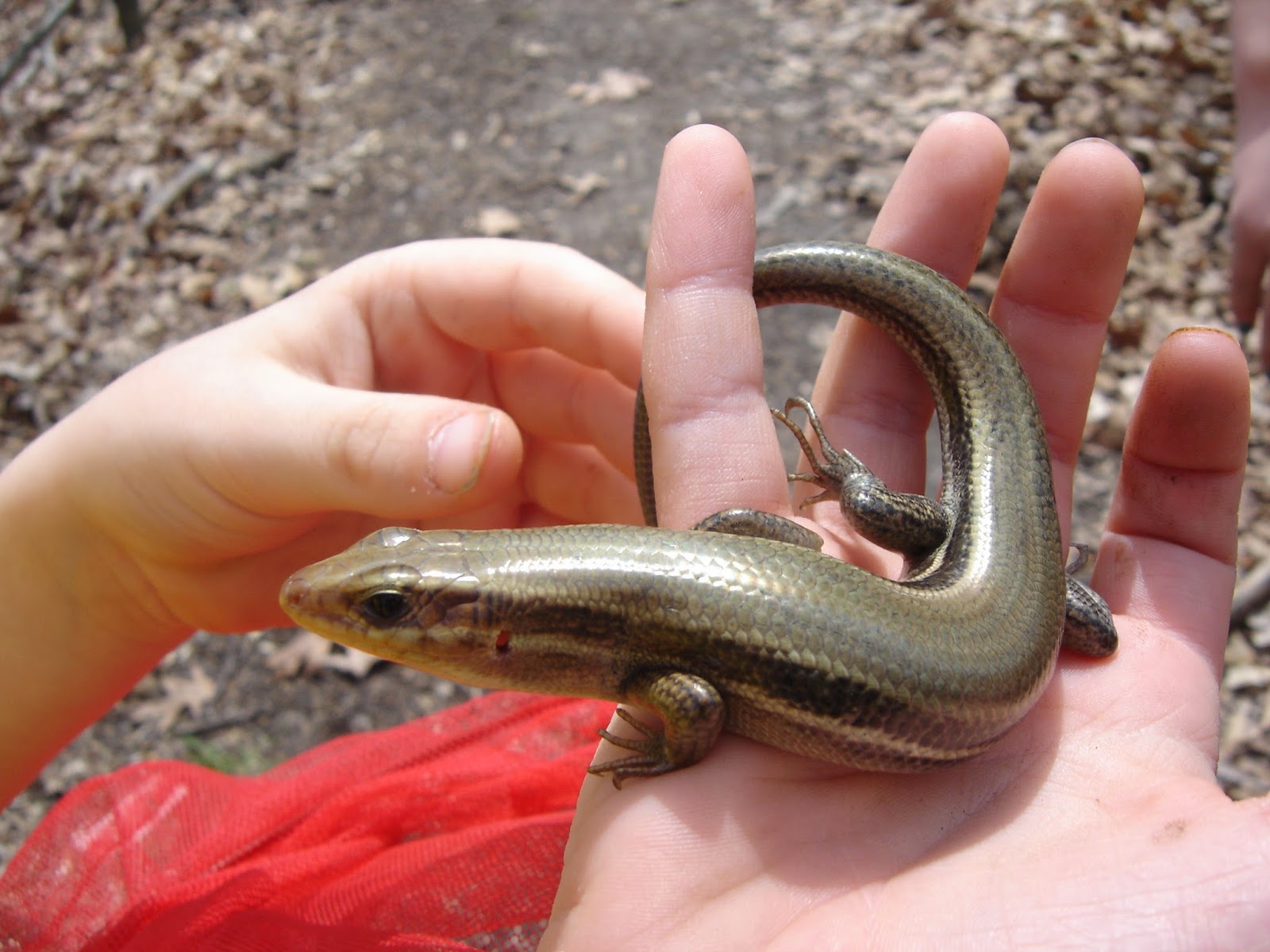 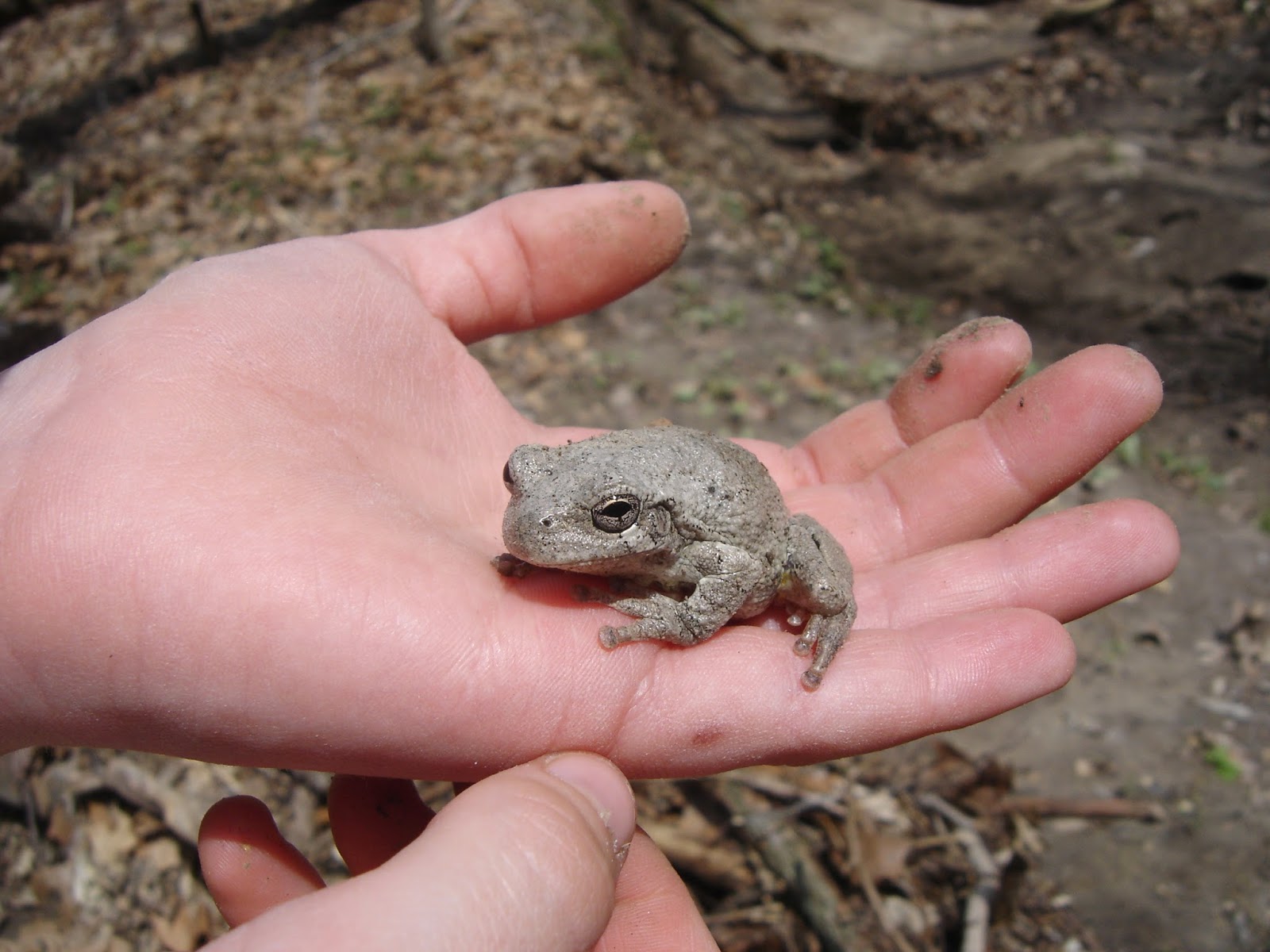 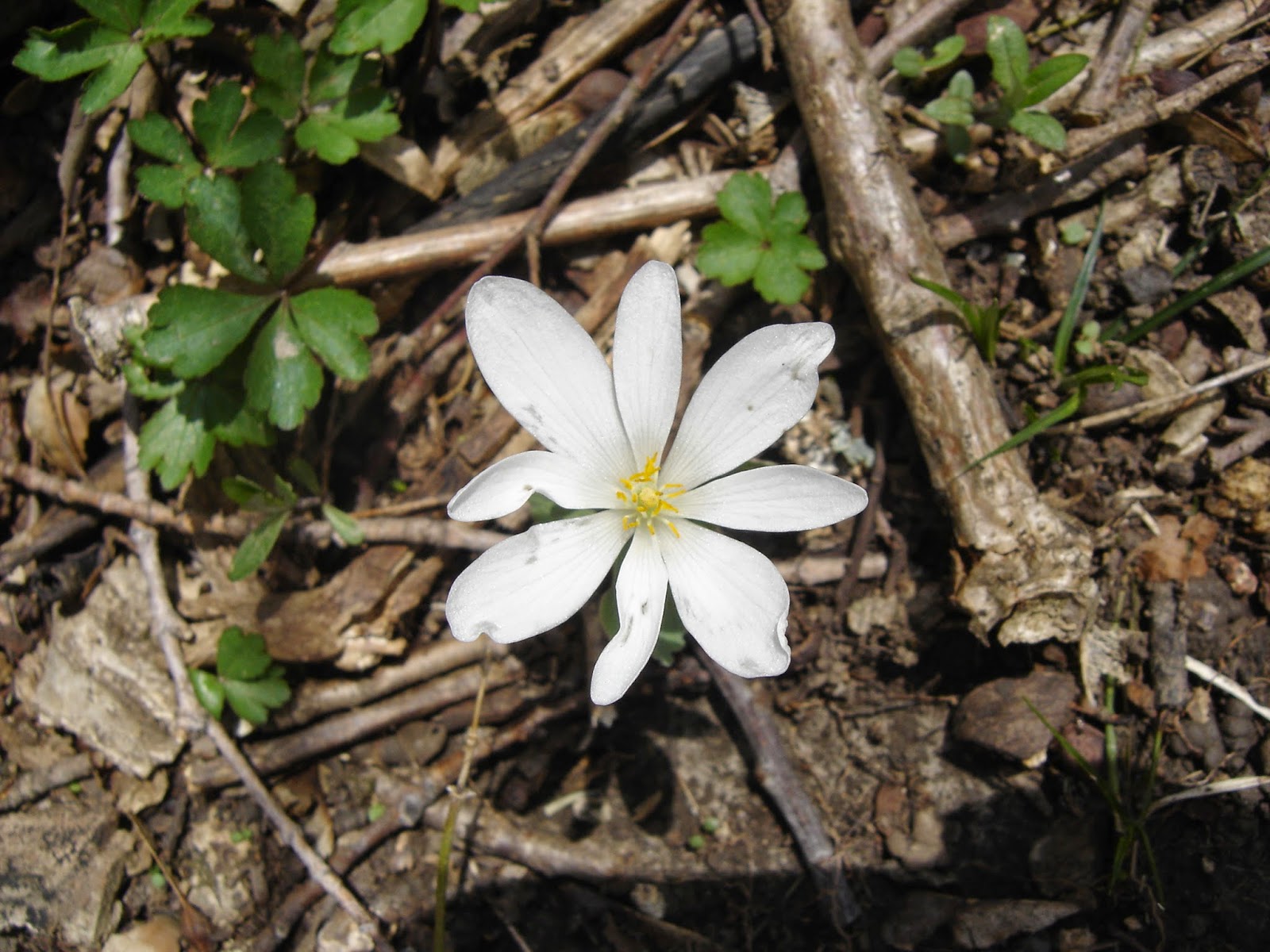 I woke up on my birthday with plans to do schoolwork.  But Jasper insisted this was wrong,  "Mama, you can't do schoolwork on your birthday, you have to go on a hike."  It was a beautiful day, and we get to take sun days instead of snow days, so we did.
We went to Engelmann Woods Natural Area, which is in Franklin County.  It is a parcel of old-growth forest and one of the last examples of what once was found in the uplands near the Missouri River.  Loess deposits are several feet thick on north and east facing slopes, and contribute an Iowa-like color to the streams. The hiking trail is considered difficult and is a 1.5 mile loop.
According to MDC, there are historical remnants of an old road and cellar, which mark the location of an early water reservoir used to refill steam engines traveling down the nearby railroad.  It is said to be the first such facility west of St. Louis.
Only one tick hitched a ride, not bad.  It was a great day and wonderful birthday and now i am the same number as my favorite cow.
Posted by Hollie at 11:03 AM 2 comments: