"One of the subtlest burdens God ever puts on us as saints is this burden of discernment concerning other souls. He reveals things so that we may take the burden of these souls before Him..."- Oswald Chambers
I feel very hurt by someone. At one point, we were friends.
Even though i don't want to think about this person, they pop into my mind a lot. Instead of thinking bad thoughts or even ignoring their existence, i should be praying for them in specific ways.
Sometimes i do.
But i also think about all the reasons they were wrong. I want to prove my intense hurt is justified.
I want reconciliation. But sometimes this cannot be. I am praying for all the things that need to happen in both of us so true healing can occur.
Posted by Hollie at 1:54 PM No comments: 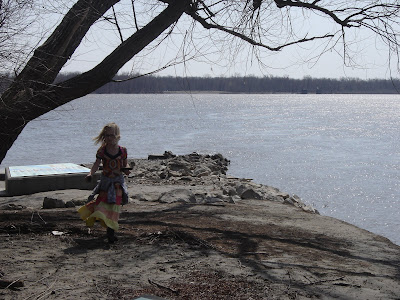 We spent time at Confluence this weekend in order to wrap up our study on Lewis and Clark's expedition. They set off on their journey out west at this location where the Missouri River merges with the Mississippi. (Missouri is on right, Mississippi is on left of the land jutting out behind Tullaia.)
Can you believe they moved against the current all the way?
Posted by Hollie at 10:07 AM No comments:

Has it been a bad week?
-I was summoned for jury duty (only the 5th time in 8 years)
-Someone hacked into our bank account and took it all
-Our lateral line is bad
-Our lateral line might not be bad
-Our sinkhole is now 6 feet deep and 4 feet wide
-My period was 15 days (Too much information?)
But in light of other bad weeks, it's OK. My family is alive and well. Nothing washed out to sea.
We are not in quarantine. We have water and it is clean.
Posted by Hollie at 1:58 PM 2 comments: 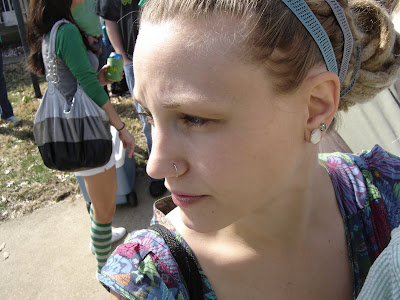 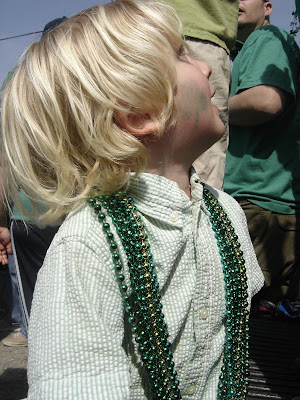 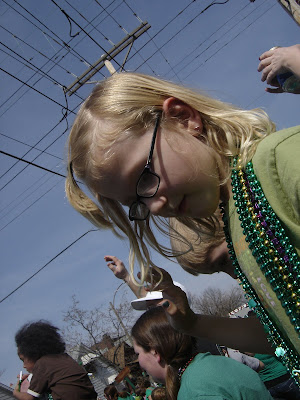 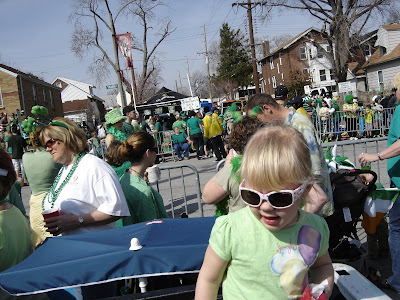 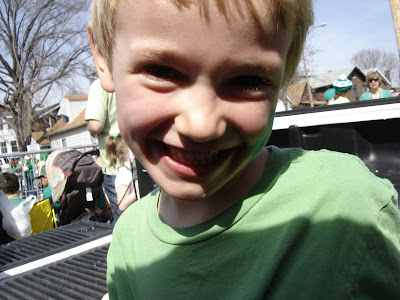 It was hot, hot, hot during the parade. I gave the boys free-reign with my camera and they took 157 pictures in all. Some of them were closeups of indistinguishable items, but most were very good. By the end of the day, everyone appeared as though they had been camping. A lot of dirt, sweat, and sticky. The best part is playing with the neighbors in the street and picking up all the candy that is leftover. Am i a bad parent because i let the kids eat candy off the road?

Pictures courtesy of the boys.
Posted by Hollie at 10:44 AM 1 comment:

I had not been here until today. And after we spent a few weeks studying the Louisiana Purchase and Lewis and Clark's journey through it, I wanted to see where he was buried. There are 86,000 people buried at Bellefontaine and many have contributed greatly to the growth of our city and country.
This information is taken from the Cemetery Tour Book, which helps navigate the 314 acres.

General William Clark (1770-1838)
They led the expedition that explored the Louisiana Territory all the way to the Pacific Ocean. After 2 years and 4 months Meriwether Lewis and Clark returned to St Louis. 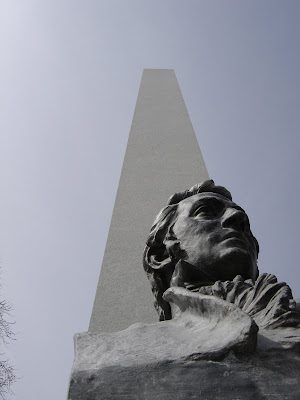 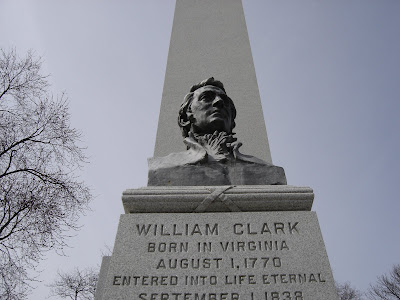 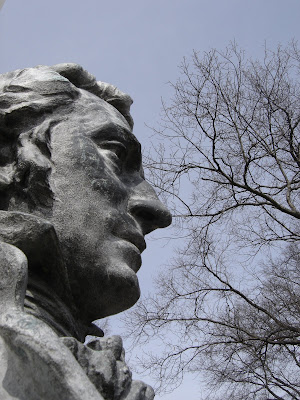 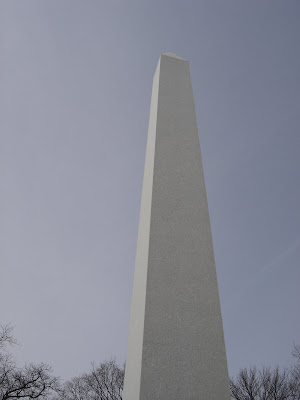 Adolphus Busch (1838-1913)
Forty breweries existed in St Louis when Eberhardt Anheuser bought The Bavarian Brewery before the Civil War. His daughter, Lilly, married Adolphus Busch who sold supplies to the brewery. After the Civil War, Busch joined his father-in -law in the brewing business. Anheuser-Busch is the world's largest brewery. (Inbev) 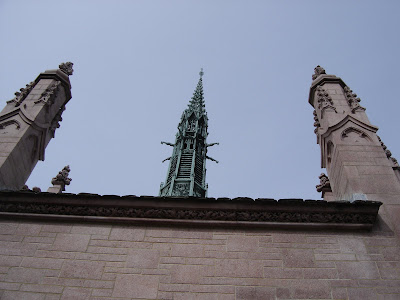 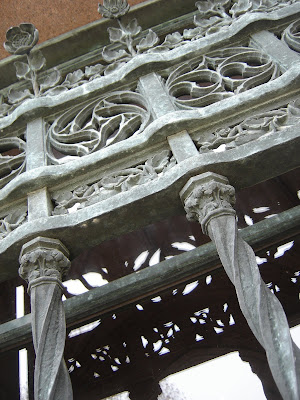 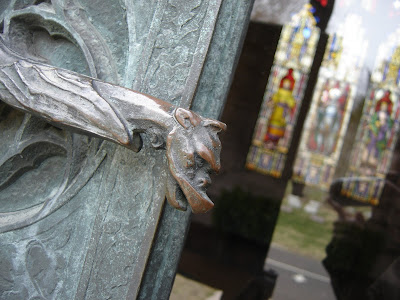 Captain Isaiah Sellers (1802-1864)
He was the most famous of all steamboat men. He was the first man to use the pseudonym, "Mark Twain", and after his death, Samuel Clemens adopted it because it stood for truthful writing, as Clemens explains in his "Life on the Mississippi." 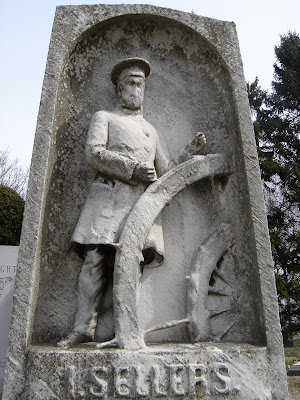 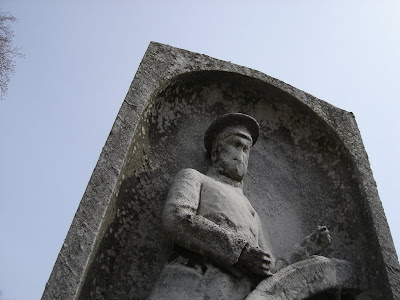 Hempstead Family/Manuel Lisa (1772-1820)
The former Hempstead family burying ground is the oldest section of the cemetery, which was their farm. Stephen Hempstead, father of the family, was a veteran of the Revolutionary War, having served in Nathan Hale's regiment. One of the largest monuments in this section is of Manuel Lisa, a famous fur trader of Spanish descent. He married Mary Hempstead even though he was a Roman Catholic and she was Yankee-born Presbyterian. She was the first white woman to go into the Indian country along the upper Missouri River. 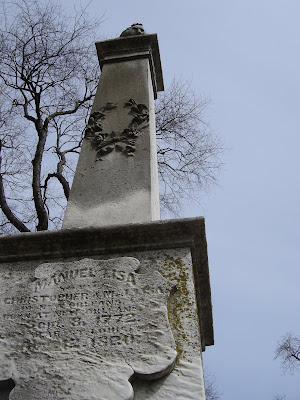 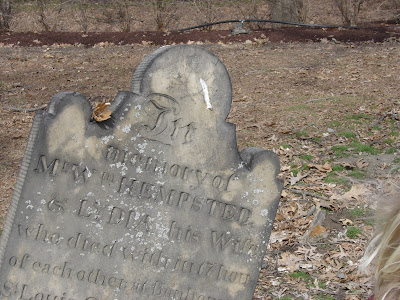 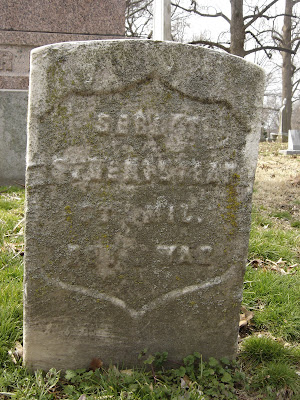 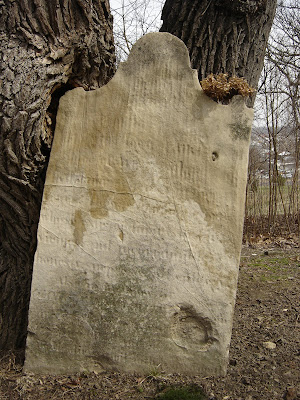