We weren't planning to move

It has taken me so long to sit down and write this. Things have been kind of wild.
We moved but didn't go far, just a couple miles north to the West End. Our street is located in the National Register of Historic Places.
http://www.stlouiscitytalk.com/2010/05/west-end-neighborhood.html
This is taken from the United States Department of the Interior National Park Service website:
"Soon after the Civil War, the nominated acreage (part of a 2,720-acre Spanish land grant
in St. Louis County owned by the James Clemens, Jr., estate) was penetrated by railroad
tracks for a predecessor of the Wabash line. In 1868, the land was divided into three
large tracts for Clemens' widow Eliza and her two daughters, Catherine Clemens Gates
and Alice Clemens Von Versen. In 1871, a railroad bridge across the Missouri River
was completed at St. Charles, providing a continuous line from Toledo into St. Louis.
This was four years before the completion of Eads Bridge enabled trains to cross the
Mississippi River into downtown St. Louis.
The Wabash thus provided the first link in what would become an unparalleled network
of neighborhood transportation options for Hamilton Place and environs. In 1876, the
City Limits were expanded from just west of Grand Avenue to Skinker Boulevard (figure
1). With that expansion and the completion in 1878 of the steam-driven West End
Narrow Gauge commuter railroad (dubbed "The Sardine Box and Cattle Pen Line"3)
from midtown St. Louis to Florissant, rural land in the West End seemed poised for
"suburban" development. The first subdivision to open was Clemens Place (located just
east of Hamilton Avenue and now mostly demolished) in 1885."
We weren't planning to move.
The International Institute places refugees in housing just north of here. Going home from visiting our Afghan friends, we oftentimes cut through the neighborhood. (I don't like to go the same way twice.)
Things went from there and when we realized we could increase space inside our home, outside our home and in our budget, we decided it was time to consider moving.
We love our Dogtown home and neighbors, so this has been bittersweet. It helps that things have been so quickly chaotic because otherwise i would be too sentimental.
We don't have the normal 2012 comforts of home, so the kids and i have been on the road quite a bit. But it is becoming "home" and I am looking forward to settling in with Spring.
Posted by Hollie at 9:34 PM No comments: 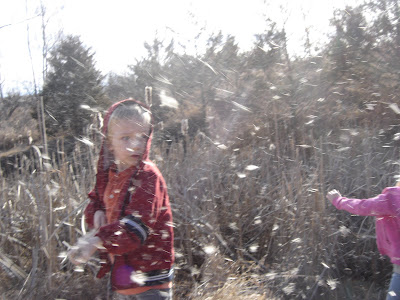 Entrance to Our Museum 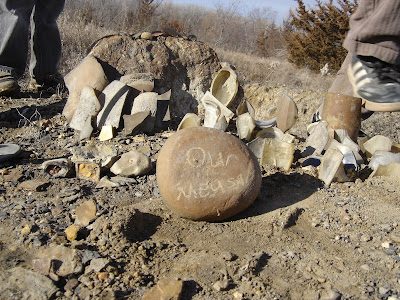 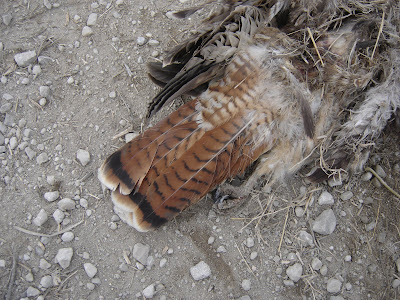 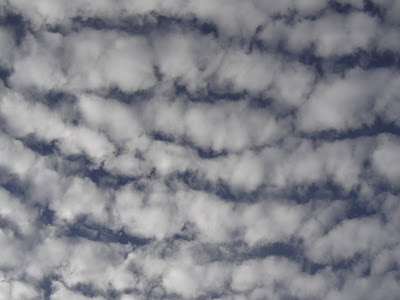 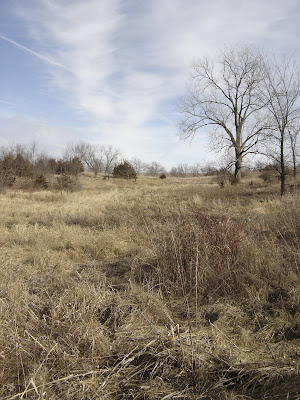 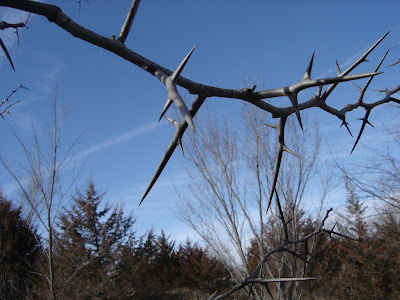 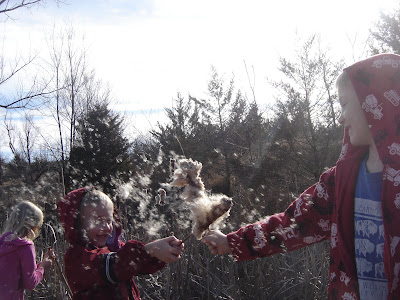 After our picnic, we explored my Uncle's farm, where my Dad also lived at some point along the way. Most land around here was mined for coal, and if the land isn't put back together properly, it doesn't support much more than thorns and cattails.
We collected many items and made a museum of our found items. Bones, feathers, metal, glass, pottery, rocks, and a wonderful afternoon.
Posted by Hollie at 9:12 PM No comments: